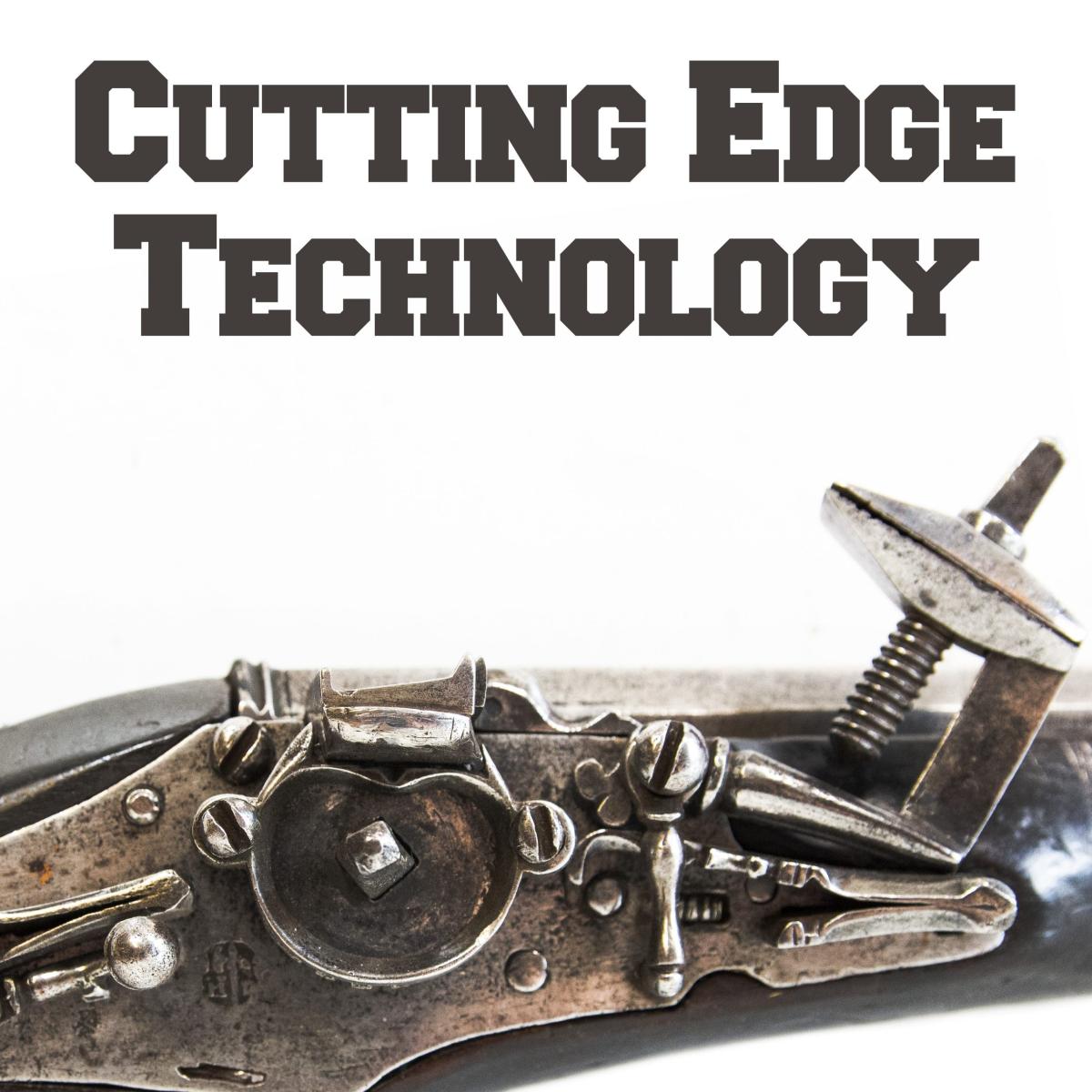 When people say something is cutting edge these days, we can expect it to become fairly mainstream in a short space of time. The Sinclair C5 for example is not so far removed from the Tesla electric car, but this rapid adoption of the latest technology has not always been the case. The Wheel Lock is one of those unusual inventions which is absolutely ahead of it’s time. First invented circa 1500, 33 years before Henry VIII married Anne Boleyn, and closer to the Norman Conquest than to the present day, and allegedly by Leonardo da Vinci, the wheel lock mechanism epitosmises technological advances and craftsmanship of the Renaissance period, and it is almost inconcievable that such a complicated device could be manufactured in the era of the longbow.

Early gunmakers would most likely have been schooled as clockmakers (hence the reason a number of gun parts share names with clock parts), and this is evident in the wheel lock mechanism. Utilising a chain driven spring, much like a clock’s escapement, the mechanism uses spring power to drive a serrated wheel to spark against a piece of pyrite held in the jaws, setting off the charge. Cocking is achieved by turning the wheel with a special key, often attached to a powder flask. 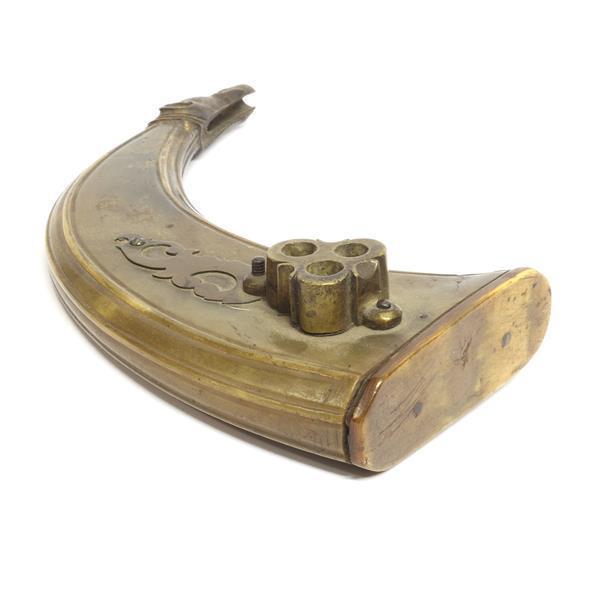 Each component is secured in place by a screw, an exceptionally intricate and complicated fastening device in the period, predating the screw cutting lathe by nearly 300 years. Wheel locks are also commonly rifled, often with many deep and precise grooves, further highlighting the skill to which these weapons were built. This is another expensive, difficult and labour intensive operation, and the ability to rifle a gun's barrel would only have been common to the best gunmakers, who would have charged accordingly. A good many high quality antique wheel lock pistols and wheel lock rifles survive today in exceptional condition, and it is easy to believe that due to their expense, they would have seen little real use.

As anyone who has attempted to point one will testify, wheellock pistols and rifles are also exceptionally unergonomic guns, which would have been uncomfortable to carry and use, and therefore were probably demanded as much as status symbols than as functional tools. Inlaid heavily with bone, ebony and intricate carvings, wheel locks would have been exceptionally expensive to produce, and therefore were mainly the province of the extremely wealthy, and would not have seen service on a battlefield of the period in vast numbers. Just as the Japanese sword is venerated for it's skilled construction by multiple craftsmen, so too should the wheellock be regarded in Western culture. There have been many complex designs of gun in the proceeding centuries after the wheellock's vogue, but none quite match the sheer craftsmanship achieved with what more modern gunmakers would consider to be rudimentary tools. 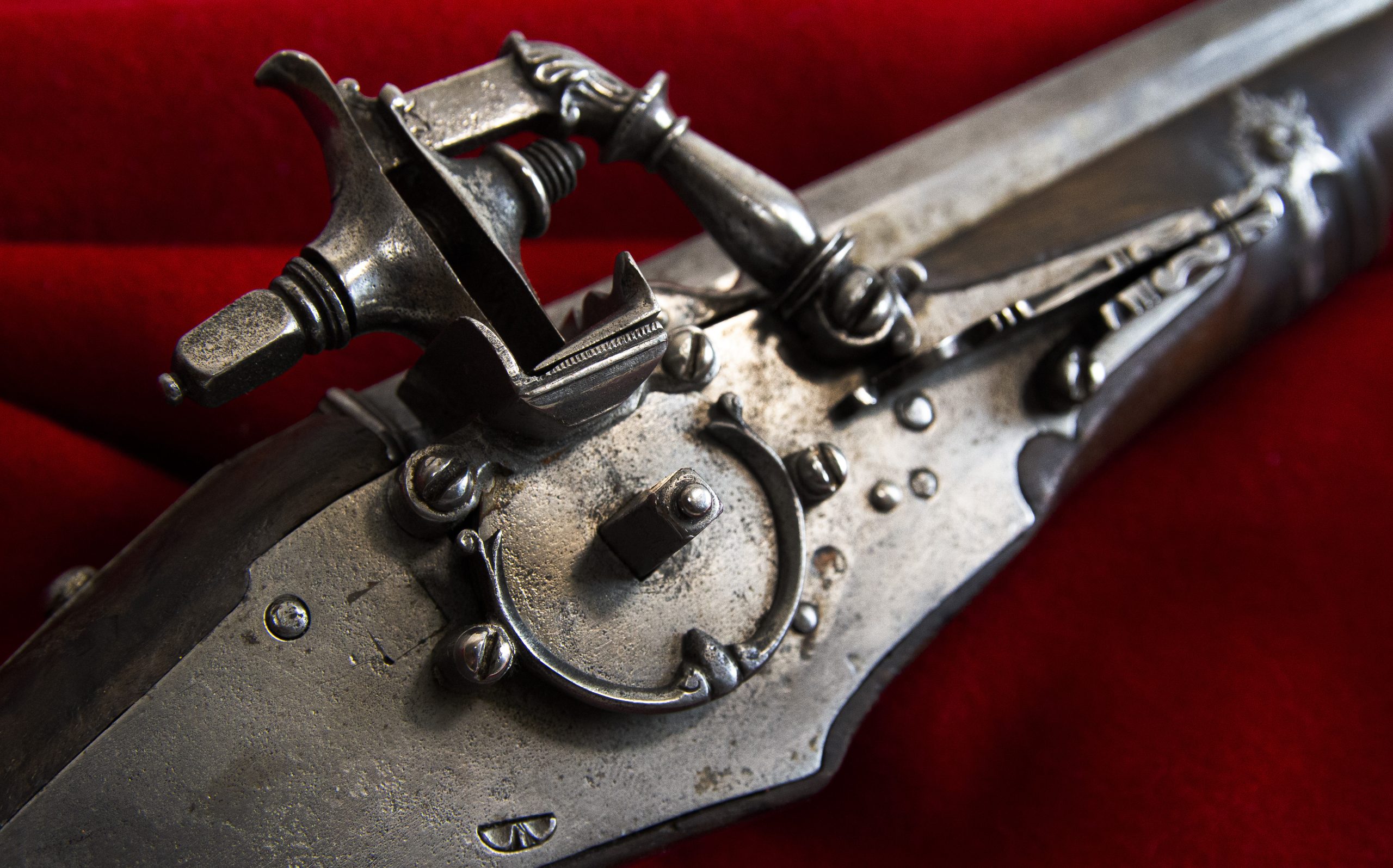 As time wore on, gunmakers found much more cost effective and simpler mechanisms, such as the flintlock, and the wheel lock was therefore consigned to history by the end of the 17th century. Today, wheel locks serve as a fascinating insight into the skills and tastes of the time, and are an important milestone in firearms and engineering history. We have a fantastic selection of antique wheel lock pistols and rifles that frankly must be seen to be believed.

To order, please either email us at sales@henrykrank.com or telephone 0113 256 9163. All our antiques are shipped on a 24-hour service. We understand buying online or over the telephone isn’t quite the same as having the item in your hands, therefore, as with all our antiques, we offer a no quibble returns policy if for whatever reason you’re unhappy with your purchase. Simply return the item for a full refund.

We are also always on the look-out for quality antiques, so if you have anything you wish to sell, from a single item to a large collection, please don’t hesitate to get in touch.