What Are The Shooting Seasons In The UK? 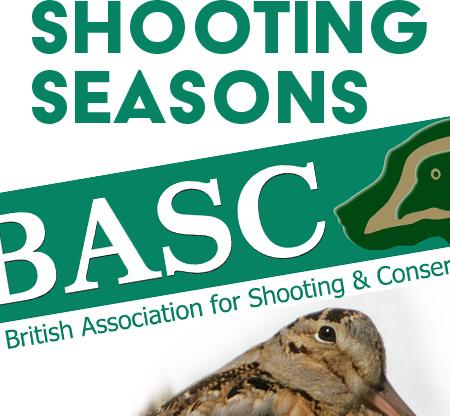 Whether you're into pheasant shooting or a deer hunter, a common question we get asked at Henry Krank is 'what is the shooting season?' These will often vary depending on the type of species you are hunting, which can make it hard to keep track of the different dates.

A useful resource is the British Association for Shooting & Conservation. You will find a wealth of information on the BASC website, which details the main game species in the UK, such as pheasant, deer and grouse, along with the time of the year shooting can take place.

A Guide to Shooting Seasons, UK

The tables below list the shooting seasons of all the main game species in the United Kingdom. The dates listed are when you scan shoot the quarry. The close season, the period you can't shoot them, generally coincides with the breeding seasons, as it is in everyone's interest to maintain a healthy and sustainable population of all the species listed.

For further information on shooting seasons, please refer to the British Association for Shooting & Conservation. Head to the page called 'quarry species shooting seasons' and you'll find a range of dates for all game species throughout the UK.

Find details on pheasant shooting season, grouse season and all other British game birds and waterfowl. For further information, visit the BASC website.

Find details on rabbit hunting and hare season in the table below. For further information, visit the BASC website.

Find details on deer hunting season in the table below. For further information, visit the BASC website.

The species that can be shot during their open season are (Wildlife and Countryside Act 1981). For further information, visit the BASC website.

Waterfowl species which can be shot

There is further information available on the BASC website about the sale of dead wild birds, night shooting, game licenses and hunting on specific days in the UK such as Sunday shooting or Christmas Day shooting. They also detail shooting in the Channel Islands and even details about shooting pest species.

The team at Henry Krank are always happy to help if you have any questions.