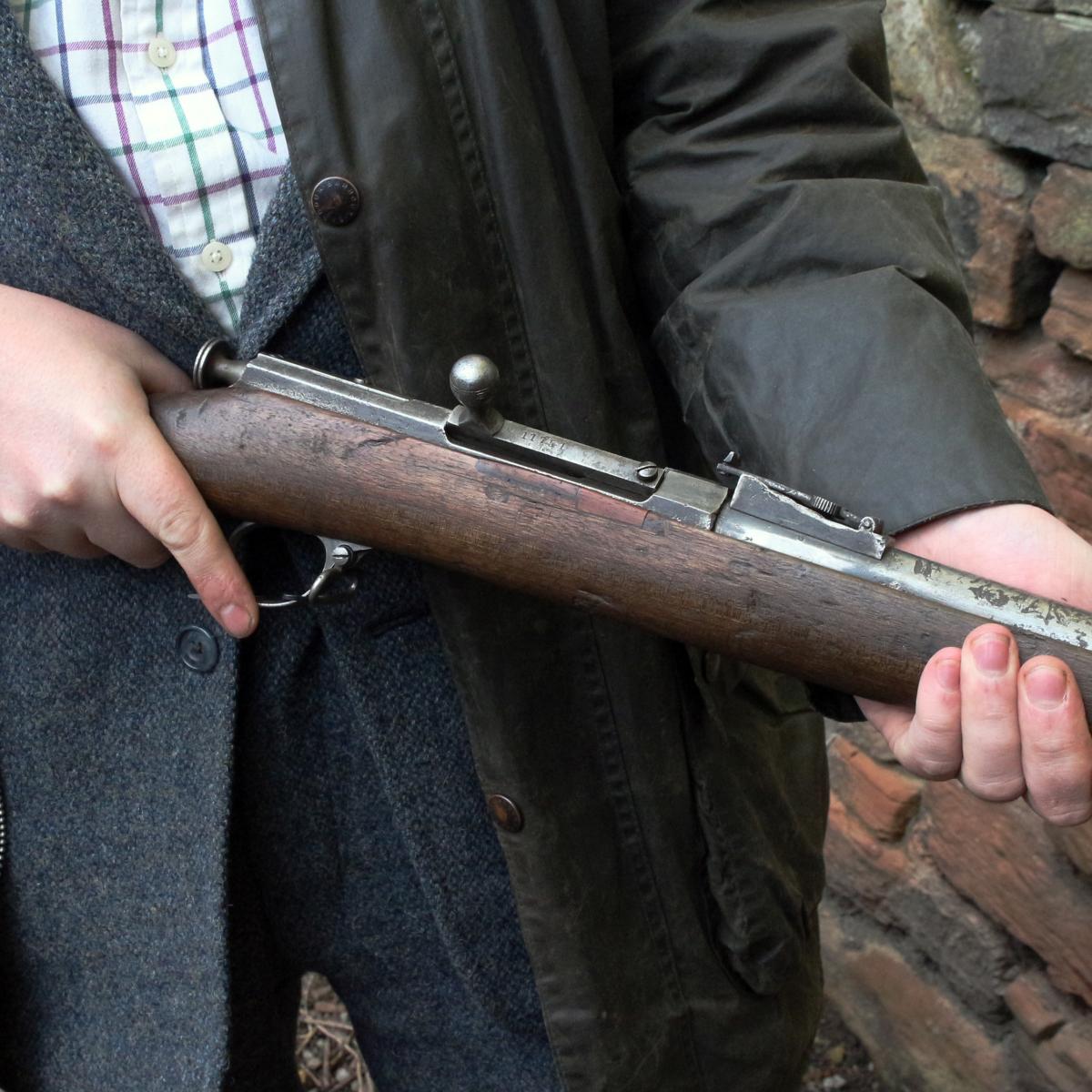 The Berdan Rifle is unlike many of its contemporary rifles, in that it was widely fielded, and yet remains little known in the West. Invented by American General Hiram Berdan (also the inventor of the Berdan priming system and sundry other military machines) in 1870, his eponymous rifle had a rather unusual production history.

Patented in the US and UK, the overwhelming production run (estimated at around 3 million units) was in Russia, at the three Imperial state arsenals of Tula, Ishevsk and Sestroresk.

We have a small selection of original and excellent condition Berdan rifles available now, and with supplies of original surplus military rifles of all kinds scarce, there’s never been a better time to invest. View our collection here.

The most known example is the Berdan II rifle, which was the only one officially adopted by Imperial Russia, and consequently the model with the most surviving examples. As most Berdan rifles never made it to Western Europe or the US, with most being converted in Russia or scrapped in Finland, they have never made much of an impact in the minds of those interested in black powder cartridge rifles and have not garnered the reputation they deserve.

In keeping with the Russian tradition for simple and effective small arms, the Berdan rifle is a fantastically basic rifle, robust and capable of being used by the dimmest soldier without much risk of misuse or breakage. The rifle has no safety nor magazine and has no complicated cocking or feeding system. Operation is straightforward, the rifle is single loaded, with the bolt forming the only locking surface. Safety is a simple half cock on the bolt, and the sights are a simple barleycorn foresight and ramp rear sight.

The rifle is also simply marked, with just the arsenal mark stamped on the barrel, and the Imperial Eagle over the breech Ballistically the .42 Berdan calibre (10.75x58mmR) is comparable to other contemporary black powder rifles such as the Mauser Model 1871 and the French Gras Model 1874. The Berdan rifle was therefore equal to its early 1870s contemporaries and is perhaps unjustly scorned as the design never evolved past the Berdan II rifle and therefore never reached the highest echelons of black powder rifle development. Where Mauser updated the Model 1871 to the 71/84, and France the Model 1874 to the M80, the Berdan remained unaltered until replaced by the altogether different and smokeless M1891.

After regular service, the Berdan Rifle remained popular in Russia as a civilian sporting rifle, and the Berdan Rifle is reputedly the rifle that future Red Army sniper Vasily Zaitsev learned to shoot with in his younger years. Some were donated to Serbia and used during the Balkan Wars and WWI, and some given to Finland, with other smaller amounts given to other nations. As a result, very few have found their way to the UK, and the Berdan remains an exceptionally rare rifle today.

You can view our full collection of Berdan II Rifles here.