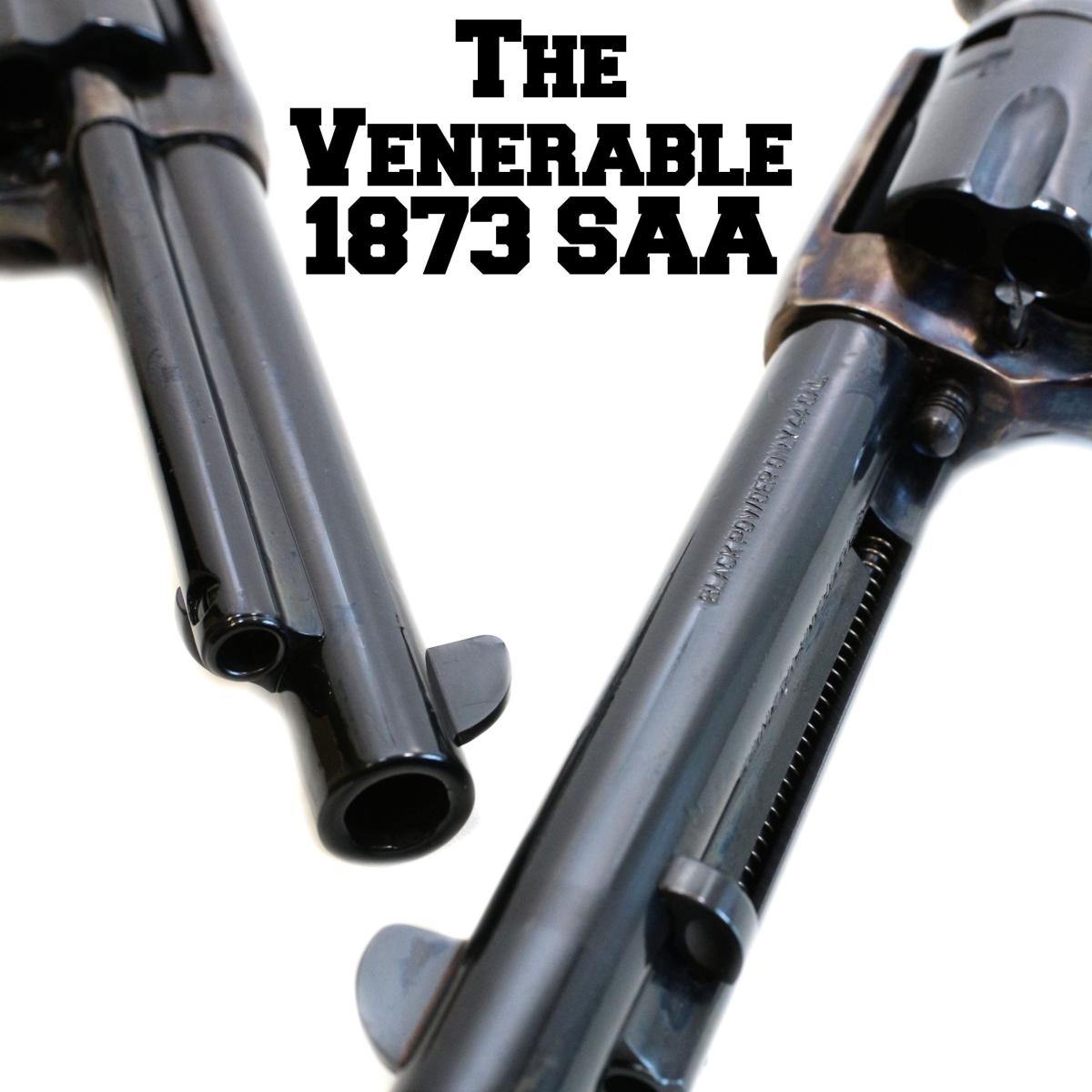 We all know that you pretty much can't have pistols that take modern cartridges in the UK. Yes, it's annoying, no, I'm not going to write a massive discourse complaining about it. Whilst it would be nice to be able to own proper Colt breech loading pistols, we can't, so our friends at Pietta and Uberti have been ingenious and have created a percussion version of the famous Colt Model 1873. 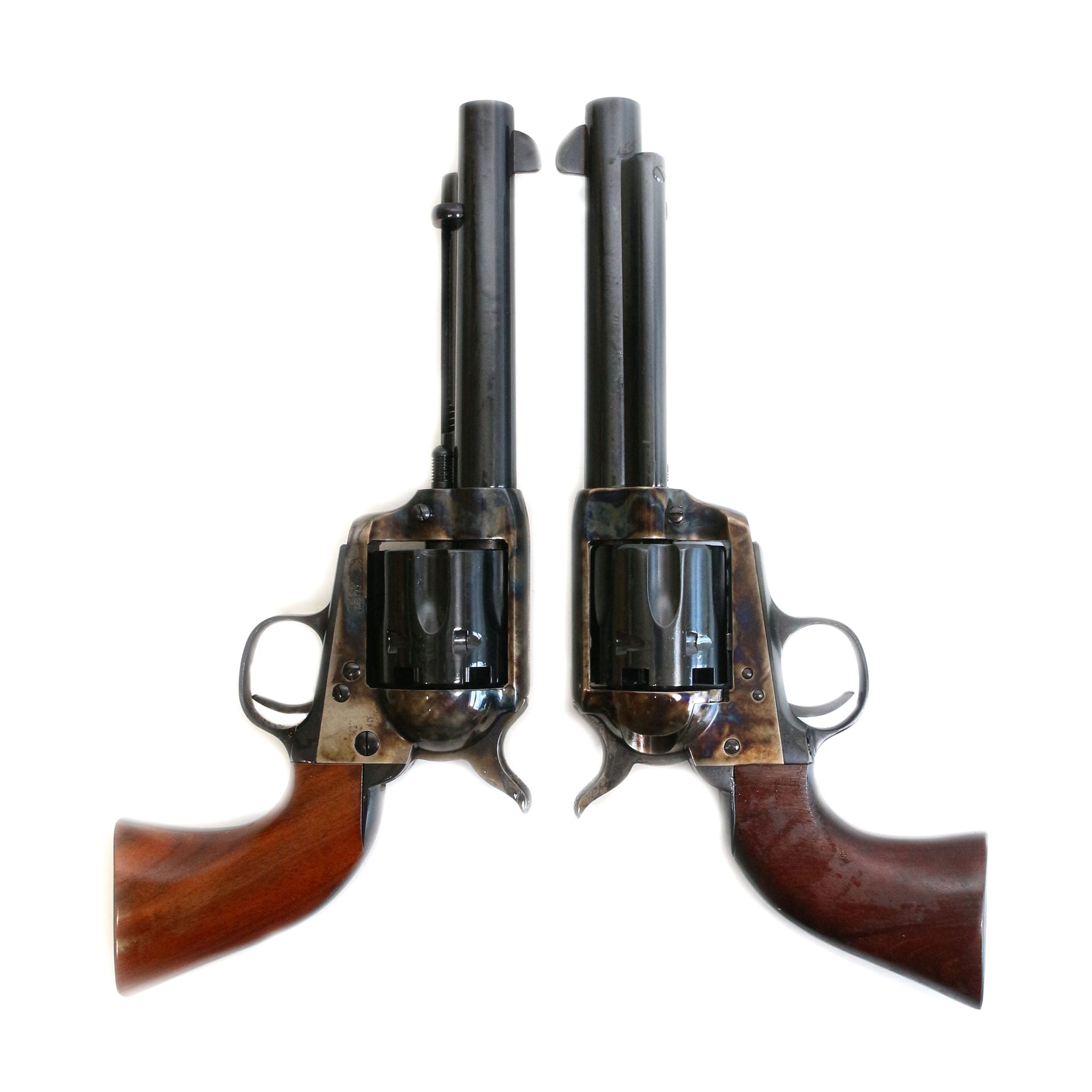 From either manufacturer, there's very little to differentiate them from the originals. Other than the obvious difference to the cylinder, you'd be hard pushed to tell the difference from the genuine article. The frame is case hardened, the barrel blued, and fitted with attractive walnut grips. Just like the original cartridge models, the percussion 1873 has an extractor rod on the side and side loading gate for that classic look, though they have no function. The action on each gun is likewise identical to the original. 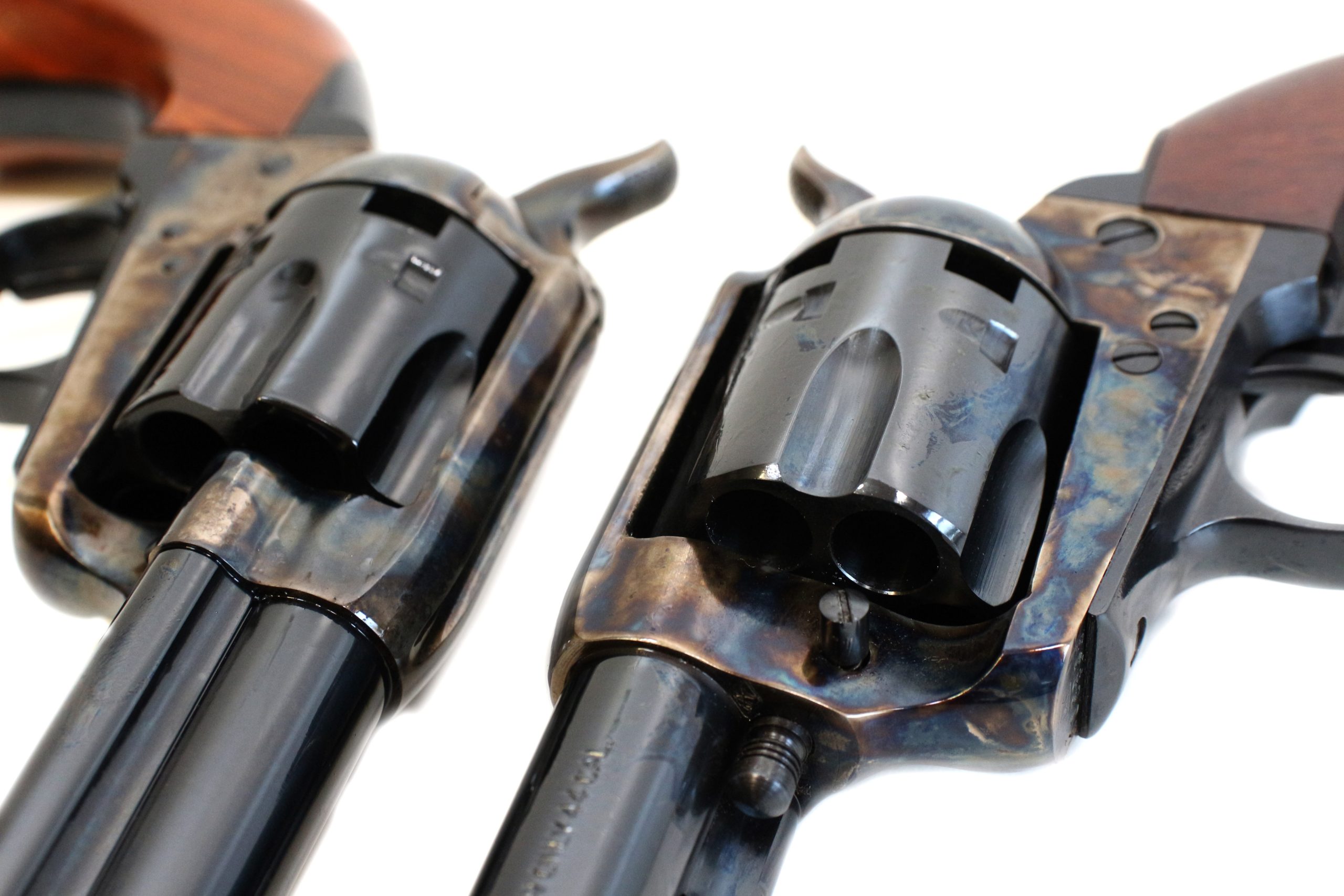 Cocking is smooth and easy with four clicks, as is proper. I'm sure you could walk into a Colt retailer in 1874 and the pistols you would find would be all but identical to those produced by Pietta and Uberti today. In all material respects, these pistols are the same.

Uberti produce guns that are as functionally and aesthetically identical to the originals as far as is possible, Pietta occasionally take some license but are also pretty much identical. There's some been said about the difference in quality between the two manufacturers, though today standards of both are so high so as for any difference to be negligible. The only major difference in function between Pietta and Uberti is that the Pietta model uses a coil sprung hand, whereas the Uberti model uses a traditional flat spring. In my opinion, this makes the Pietta model functionally superior and more reliable, though it does make disassembly and cleaning a bit fiddlier. The Pietta model also lacks the Colt's patent numbers to the side of the frame, unlike Uberti's offering, though I don't know how many non purists would notice, and it certainly doesn't affect how the gun shoots.

The Uberti model can't be faulted in terms of it's accuracy to the original. The Uberti is in fact so close that Uberti made parts can be used to repair original Colt guns. It's every inch the original with blued barrel, ejector rod and cylinder, and case hardened frame.

Both manufacturers offer all three barrel lengths, 4 3/4'', 5 1/2'' and 7 1/2''. The most popular is the 5 1/2'', as this has the most iconic 'look' of any of the revolvers. All three barrel lengths are balanced well in the hand and shoot excellently, though naturally the shorter barrelled guns are made for quicker multi target shooting, whereas the longer 7 1/2'' is arguably more accurate. The only downside is that the revolver can't be loaded with the cylinder in the gun, as the model lacks a loading lever, unlike true percussion models. This isn't so much of a problem, as we also stock a loading stand, which is a bit easier than loading on the gun in any case. 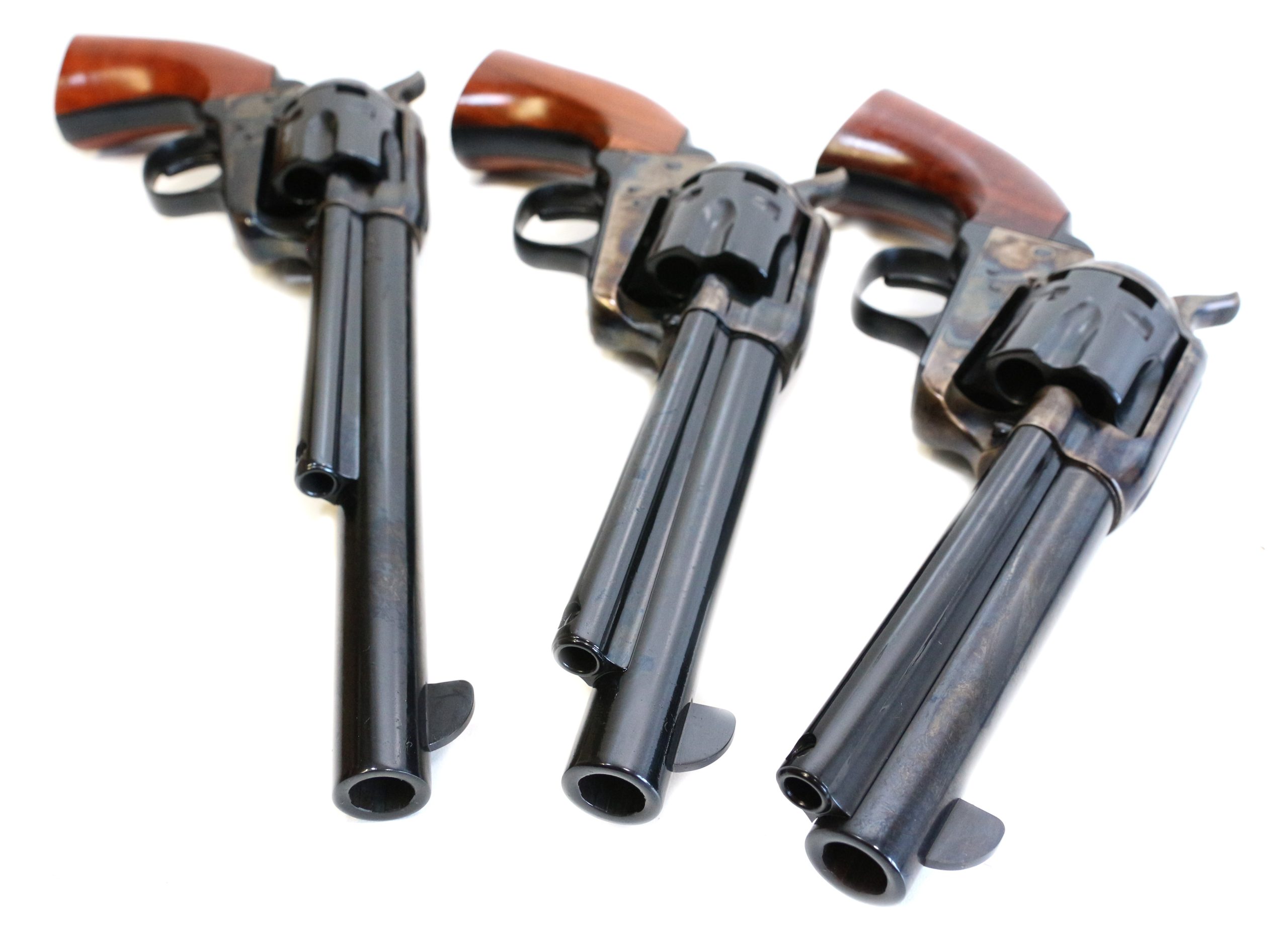 So, in short, there's not a great deal between them. If pure historical accuracy is your bag, pick the Uberti, if you'd prefer marginally better functionality, pick the Pietta. Whichever maker or barrel length, the SAA percussion reproduction is a fantastic looking and shooting gun, and a must for any Western aficionado.

How to buy the Colt SAA percussion reproduction

All of our models of the Colt SAA, both the Pietta and Uberti are available to purchase with a valid firearms certificate with the appropriate variation for a .44 muzzle loading revolver. To order, please telephone 0113 256 9163, email sales@henrykrank.com or order through your local firearms dealer.

For more related blogs, see below.

Which Nipple Key Do I Need For My Percussion Rifle, Shotgun, Pistol or Revolver?

How To Get The Most From Your Black Powder Revolver