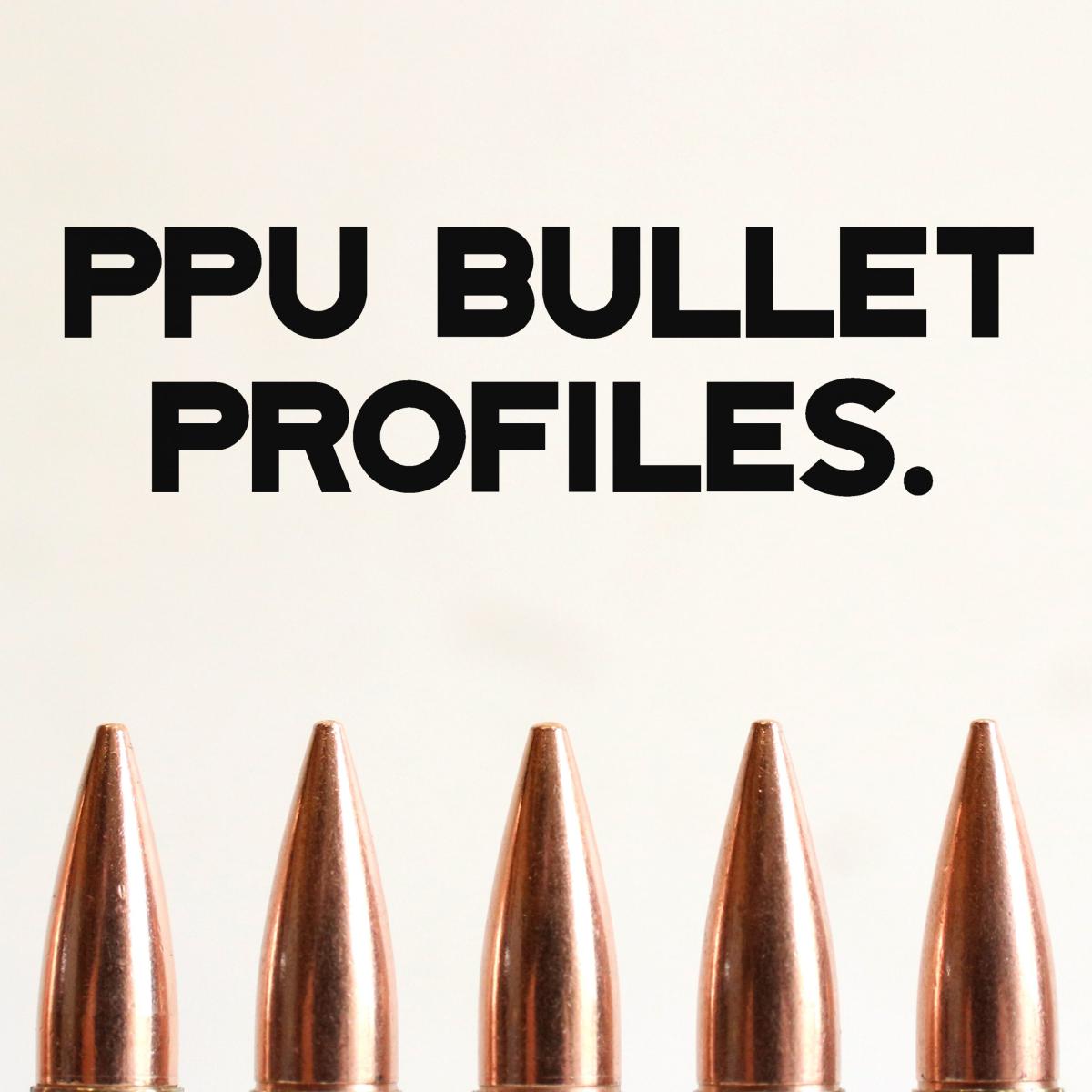 How to choose the right PPU bullet for reloading

You might find the lexicon of shooting a little daunting at first, it's not immediately clear what an SP is, or how that differs from an SPBT or an FMJBT. Worry not, here we'll explain the difference between each PPU (Prvi Partizan) bullet profile and it's nomenclature, and how it's best used.

What do PPU Bullet Profiles Mean?

The different kinds of shooting you're doing will dictate which is the best profile of bullet to use. Ballistics is a combination of many factors, and the profile of the projectile will dictate to a large extent the performance of the round. Therefore, here's some commonly used terms and acronyms explained.

Bullet: Also called a bullet head. This is the projectile only, the thing that comes out of the muzzle of the gun. A complete round of ammunition is often erroneously referred to as a bullet, but is very different.

Jacketed: The bullet is encased either partially or entirely in a copper jacket. This allows the bullet to travel at higher velocities than an unjacketed bullet would.

Boat Tail: The rear of the bullet is narrowed from it's actual diameter to the base diameter, like the stern of a boat. This helps reduce the drag of the bullet.

Flat Based: The rear of the bullet is shaped at a 90°angle. This is used for shorter range shooting, when a boat tail brings no advantage.

This refers to a jacketed bullet with an exposed lead tip. Soft point bullets are intended for hunting, as the soft point mushrooms on impact with the target and causes a large wound cavity.

With a more pronounced point than a regular soft point, the pointed soft point cuts through the air better, increasing ballistic performance at range, but may increase penetration.

The same as a Soft Point bullet, but with a boat tailed base, to reduce drag. This bullet is ideal for longer range hunting where high striking energy is vital.

These bullets have a rounder tip than the regular Soft Point. This increases the impact energy of the projectile, at the cost of range. Suitable for shorter range shooting with excellent knock down power.

This kind of bullet has a jacket extending only about 2/3 of it's length, with a larger flat nosed soft point than usual. It is suitable for short to medium range hunting or target shooting, and is also suitable for use in tubular magazine fed guns, as it won't detonate the primer of the cartridge in front. Generally found in larger calibre guns such as .45-70.

This is a variant of the Soft Point bullet where the tip is flat. The bullet tapers to a flat point much wider than the regular Soft Point or Soft Point Round Nose. This is for use in guns with tubular magazines, as flat nosed bullets do not rest on the primer of the cartridge in front of it, negating the possibility of a magazine detonation.

This kind of bullet has a small cavity in the nose. This increases expansion and mushrooming after penetration.

Again used for target shooting. HPBT bullets are usually comparatively long, with a very narrow hollow nose, and a boat tail at the rear. These two features improve ballistic performance, and are a fairly universal choice for long range shooting.

The bullet is encased in a copper jacket, with only the base open. These bullets offer good ballistic performance, but can over penetrate when hunting, so are not recommended. This is the most common kind of bullet used by militaries, and all conventional military small arms ammunition is loaded with a FMJ bullet.

Suitable for short range target shooting, this bullet is entirely encased in a copper jacket, and has a rounded nose. The FMJRN bullet is not commonly used in most full power rifle rounds, and is usually found in intermediate or smaller calibre cartridges such as the .30 M1 cartridge for the M1 Carbine.

This bullet has the same nose profile as a regular FMJ bullet, but has a boat tail. The drag on this kind of bullet is very low, enabling it to shoot with a flat trajectory whilst maintaining velocity longer.

This is a pistol bullet, and the only unjacketed (or solid lead only) bullet on the list. The semi wadcutter features a flat nose, so it is safe for use in a tubular magazine, whilst retaining some tapering to the tip like a rifle bullet. The semi wadcutter is best used for shooting paper targets.

When you're looking at a bullet or round of ammunition in a catalogue, or online, you'll often see it referred to with a combination of numbers and letters. There's quite a lot of information squeezed into not much space, so let's find out what each part means. I've colour coded each part so we can identify each in turn

Teal: Refers to the product code of the bullet. This is our SKU (stock keeping unit) so we know exactly which bullet you'd like.

Red: Refers to the calibre the bullet is designed for, for example .303 British, .308 Winchester. This isn't always the same as the bullet diameter, as in the case above.

Green: This refers to the profile of the bullet itself. More on this shortly.

Purple: This is the weight of the bullet, expressed in grains. Grains is the traditional and by far most common unit of measurement for bullets.

Black: This refers to the manufacturer and pack size. Usually pretty simple to discern.

How to order PPU rifle bullets

It's incredibly easy to order PPU components online, in store or by telephone.

You must be over 18 to order these items

Delivery costs for orders more than 30kg may increase slightly.

To view our full range of PPU bullets, click here. All our PPU bullets can be ordered online and delivered straight to your door.

For more information on reloading, see our related blogs below.

Is it cheaper to buy .38 special factory ammunition, or to reload your own with bought or cast bullets

Why Reload Instead of Buying Factory Ammunition