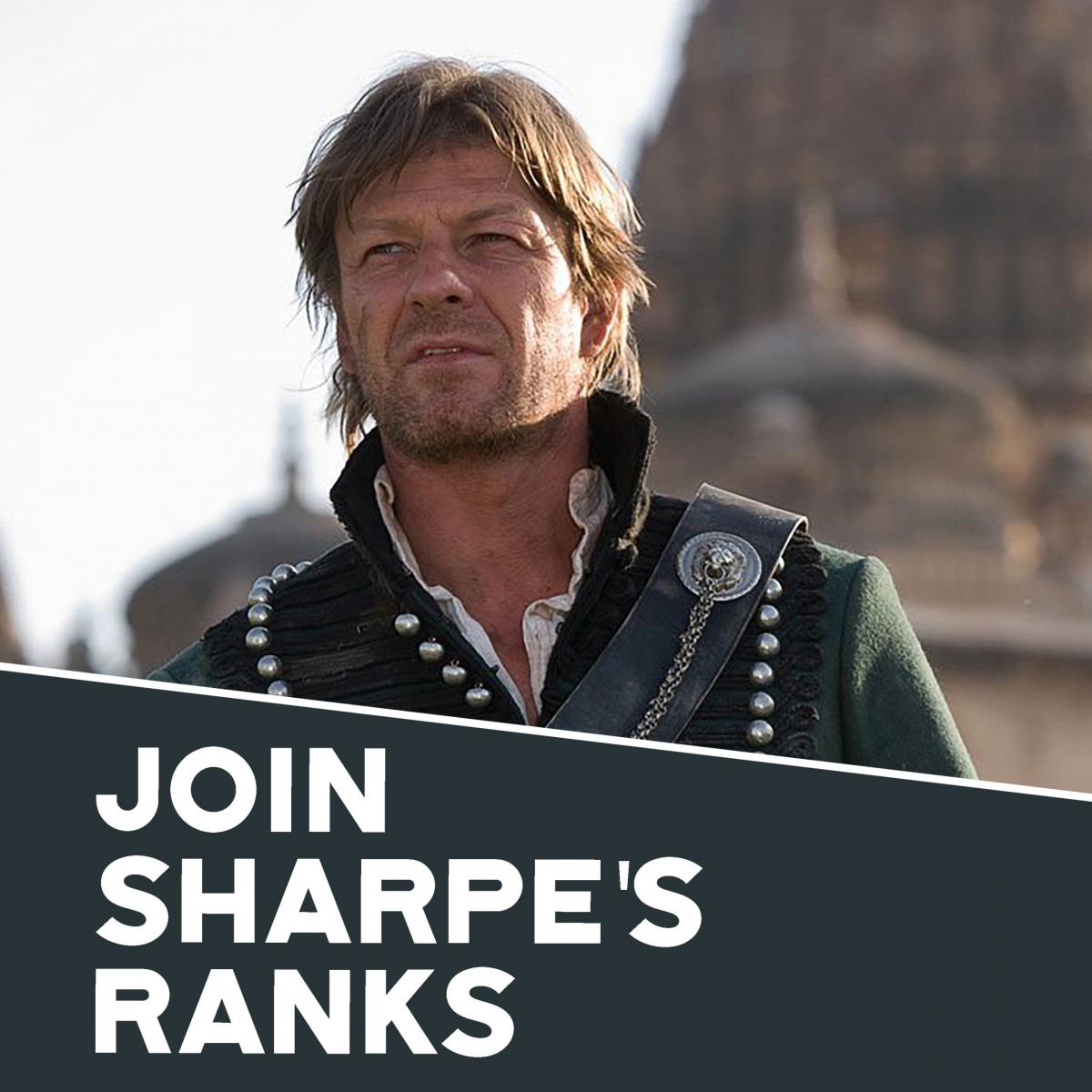 As I sit down to write a blog about the Sharpe books & television series, I'm rather surprised I haven't done so before. For the uninitiated, the Sharpe series by Bernard Cornwell, is a tale of a soldier's exploits in the 95th Rifles during the Georgian era. From the battlefields of India, across the Peninsular Campaign and to Waterloo and beyond, the reader struggles to find a Napoleonic theatre of war that Sharpe hasn't been to. It was made into a hugely popular television series starring Sean Bean during the 1990s, and its influence has sparked massive interest and demand in the period, and the guns used. 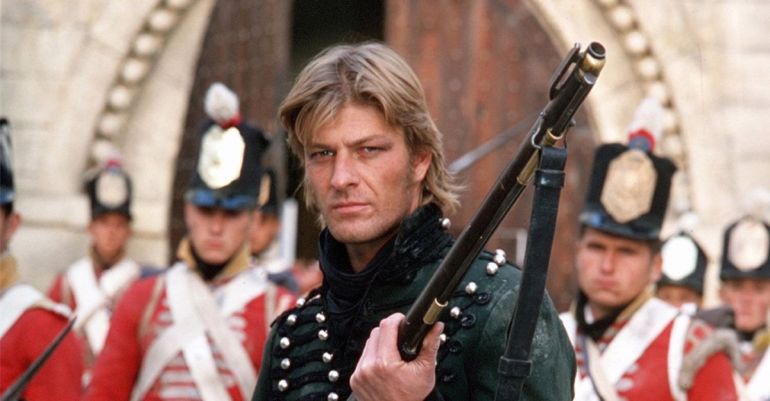 Sharpe stands with his men

Perhaps more than any other television series, Sharpe showcases the guns of the period, with particular attention paid to the Baker Rifle, the main arm of Sharpe's unit. Sharpe has undoubtedly influenced countless numbers of shooters to become involved in black powder shooting or re-enactment and remains one of the most popular television and novel series on the era.

If you haven't seen or read Sharpe, give it a go, it's now on Netflix. If you have, or you'd like to own one of the guns from the Sharpe series, read on to find out about a few of the guns used in the show.

The main long arm of the 95th Rifles as depicted in Sharpe, and the first rifled musket fielded by the British Army. Developed by Ezekiel Baker and first fielded in 1801, the Baker rifle was a vast change from the larger smoothbore Brown Bess muskets the rest of the Army used. 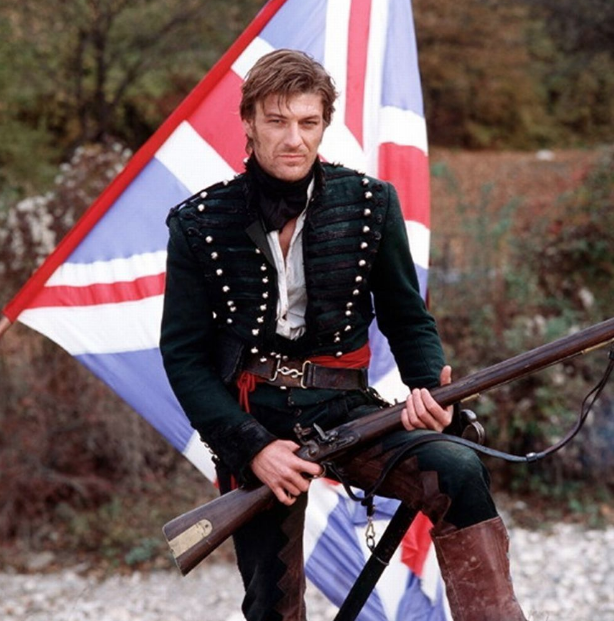 Capable of outstanding accuracy, the Baker Rifle is an iconic gun from the Napoleonic period. Our Baker Rifle is available either as a quality smoothbore shotgun to be fired, or an inert decorative piece to hang over the wall. Our reproduction Baker for firing can be seen below.

Used by the regular infantry during the period, the Brown Bess was one of the most important guns used during the 18th - 19th centuries, and the longest serving British small arm. The Brown Bess is a hugely famous weapon in its own right and arguably more historically significant than the Baker Rifle.

Our Faithful Reproduction of the Brown Bess Rifle

Our Brown Bess is available either as a smoothbore shotgun to be fired, or an inert decorative piece to hang over the wall. The above Bess is certainly a stand-out piece in our collection, certainly a fantastic object from history and must have for any military collector, find out more here.

A unique gun, appearing in the hands of Sergeant Harper. The six barrelled Nock gun is a rare and unusual weapon. Originally made for Marine use in the fighting tops on ships of the line, the volley gun was found to be impractical for general service and never gained popular acceptance. 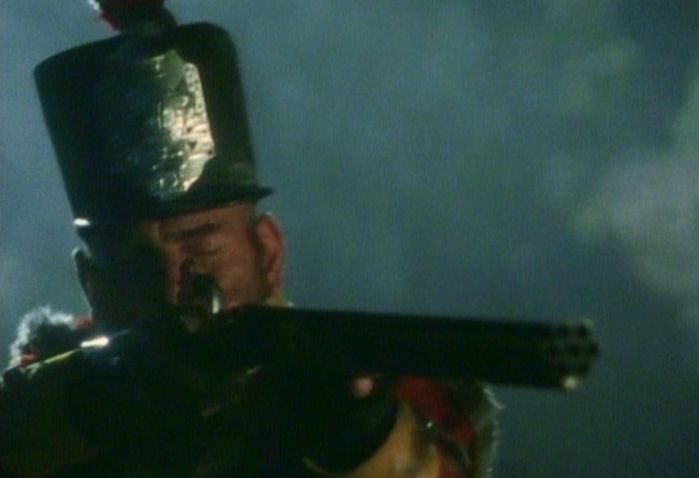 Above Obadiah Hawkeswill is seen with a Nock Volley Gun, in a later episode of Sharpe's Company Hawkeswill attempts to kill Sharpe amidst the chaos of a night battle with the Volley gun, thankfully he fails in his task, though in the book a bullet does catch Sharpe in the leg.

We're lucky enough to be able to offer for sale an original and very rare antique Nock volley gun.

The Charleville Model 1777 was the main musket fielded by French forces during the Napoleonic wars. Smaller calibre than the Brown Bess, but longer and arguably more ungainly, the Charleville was nonetheless a popular pattern of musket for European armies. 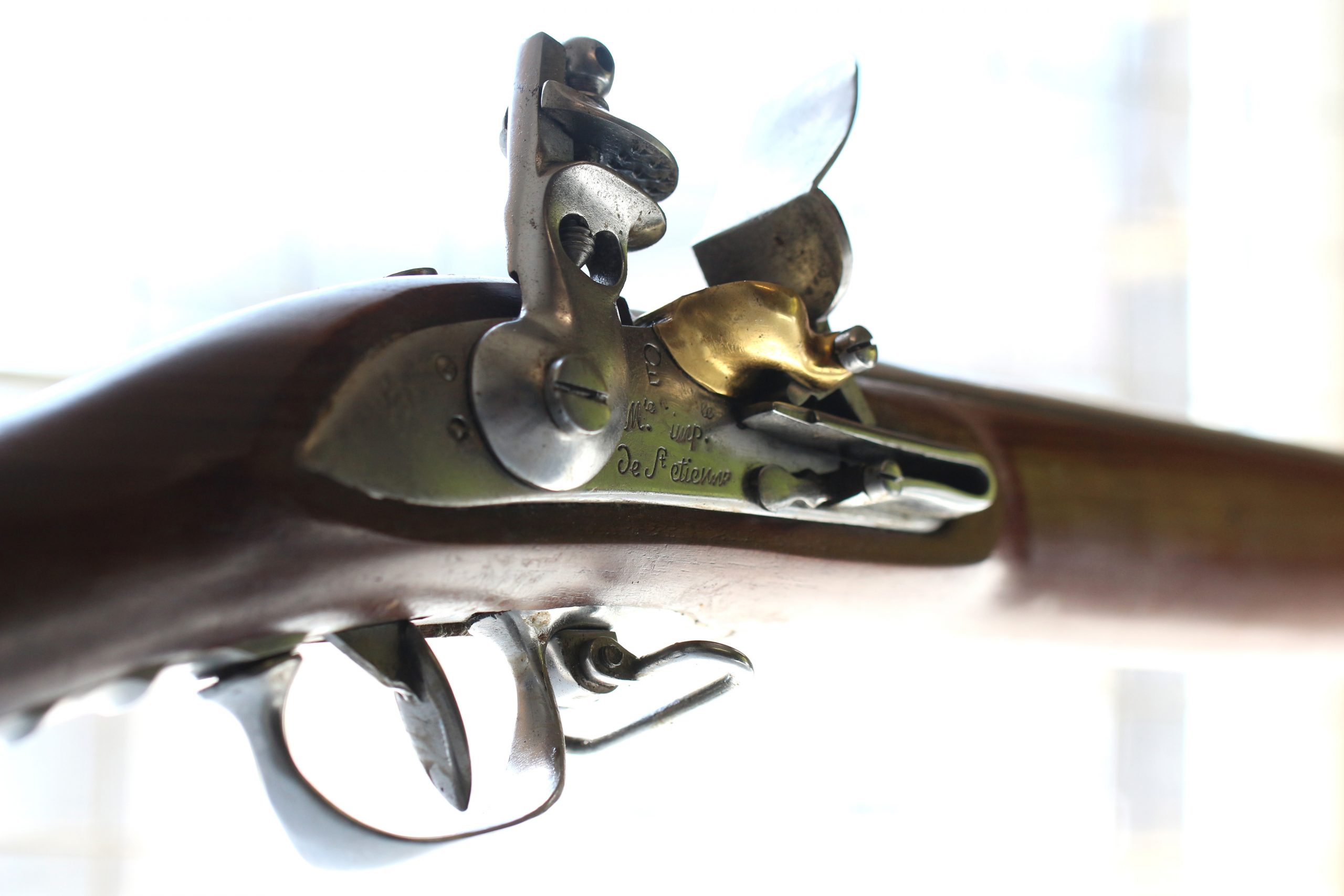 A close up of our faithful .69 cal Charleville Musket

Our Charleville is available either as a smoothbore shotgun to be fired, or an inert decorative piece to hang over the wall.

A shotgun certificate is required to purchase any of our live firing muskets. For any of our inert or antique guns, no licence is required and can be sent straight to your door.

If you've enjoyed this brief journey into an iconic TV series, see our related blogs below.

Shooting with a reproduction Brown Bess

What is an inert gun?