A Plethora Of Pinfires Available At Henry Krank 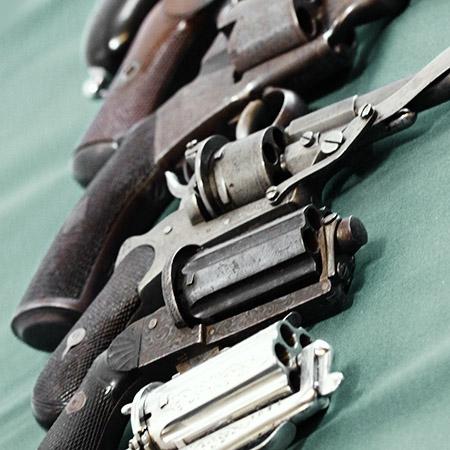 A Potted History of the Pinfire

The Pinfire System was invented & patented by French firearms designer Casimir LeFaucheux in the 1830s, and was one of the first viable self contained cartridge designs, and remained a contender to the central & rimfire systems for much of the 19th century. LeFaucheux's name is famous for two reasons, the Pinfire system itself, and the design of open frame revolver synonymous with his name. Both inventions were resounding commercial successes, though were just not robust enough to compete with centrefire and rimfire guns after the advent of smokeless powder. With an exterior pin, they were harder to load and arguably more delicate than rimfire and centrefire, and this ultimately was its downfall, though for much of the 19 th century, the pinfire system was hugely popular and is an important area of firearms history and development.

Whilst the pinfire system did not see military acceptance to anywhere near the same level as centre & rimfire guns, it did achieve remarkable commercial success, primarily in smaller handguns, and in sporting shotguns.

The sheer number of different designs, from countless manufacturers stands as testament to the popularity of the pinfire system during the era, and the LeFaucheux style of revolver was popular with everyone from the Confederate States of America to Vincent Van Gogh. LeFaucheux and the Pinfire system therefore rightfully deserve their place in firearms history. Unfortunately for LeFaucheux's legacy, the pinfire system was entirely overshadowed by the reliability and robustness of the central fire system in the latter decades of the 19 th century, though production of pinfire ammunition did continue in very small numbers until around the Second World War. 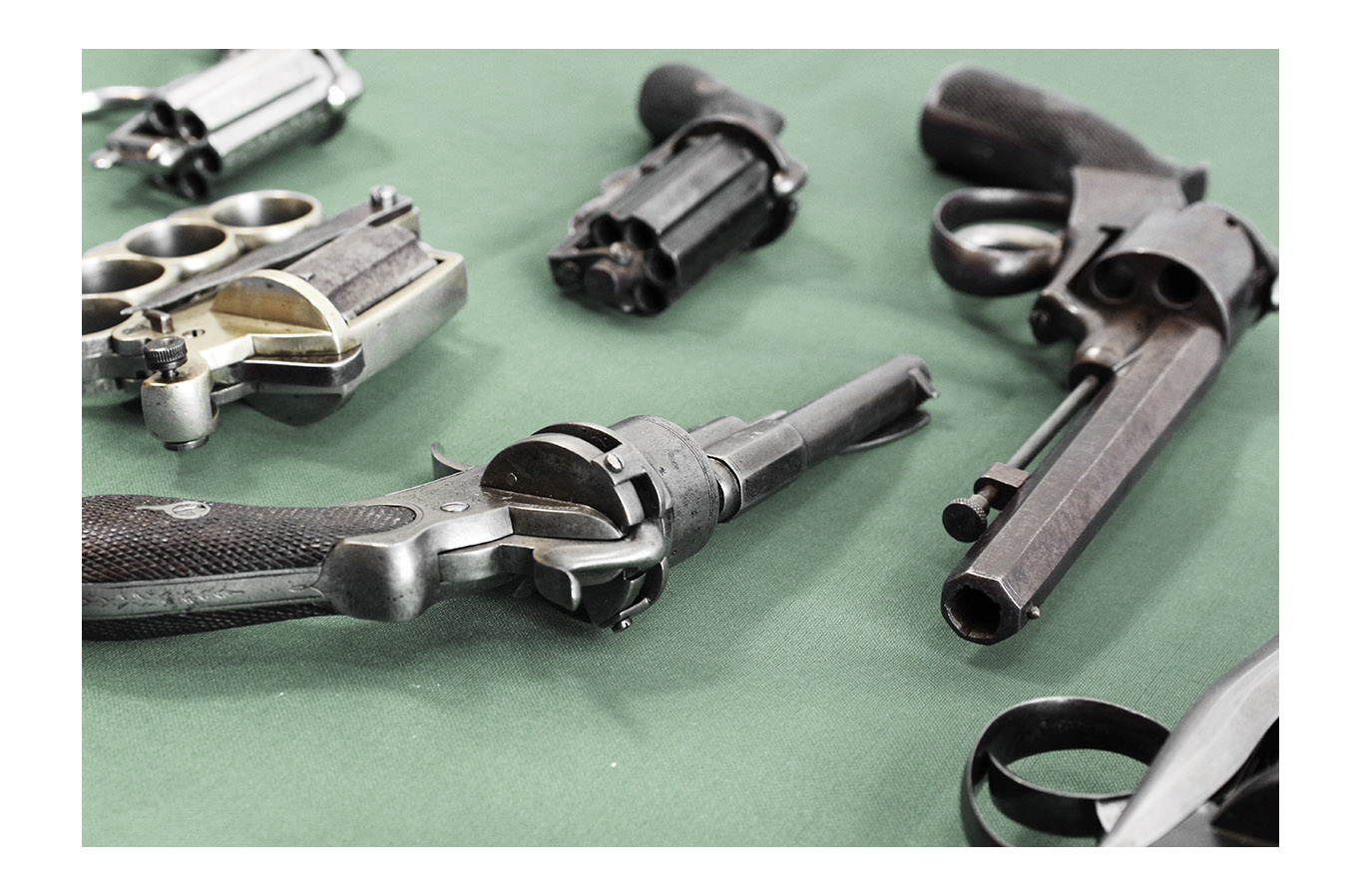 Pinfire revolvers of every kind are therefore fascinating collector pieces, and the history of 19th century pistol design can be traced nowhere better than through the development and breadth of production of pinfire guns. 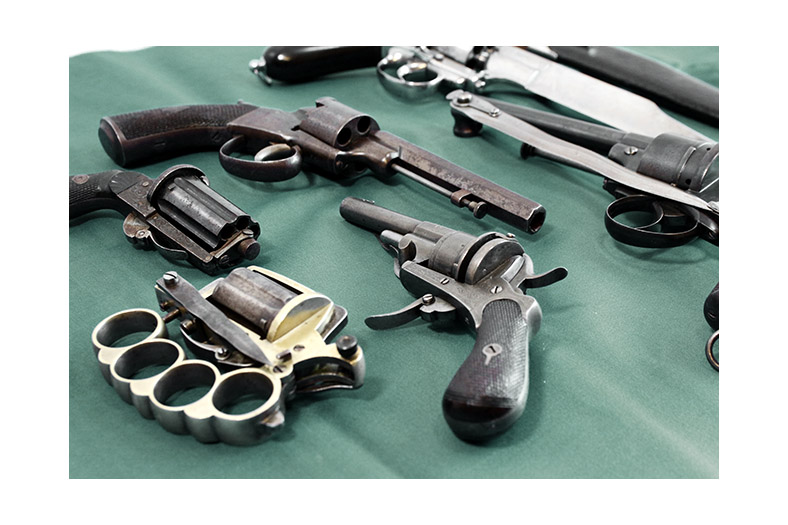 Henry Krank & Co are happy to offer for sale our fantastic collection of pinfire guns, from early LeFaucheux designs to commemorative pistols and cased presentation examples. With such a plethora of pinfires available, there's one for every taste.

To view our range of antique pinfires, click here.

For a full selection of our other antiques, please click here

All our antiques are shipped on a 24-hour service. We understand buying online or over the telephone isn't quite the same as having the item in your hands, therefore, as with all our antiques, we offer a no quibble returns policy if for whatever reason you're unhappy with your purchase. Simply return the item for a full refund.