Henry Krank & Company Ltd has been well-known in the UK gun trade for over 40 years. However, it wasn’t always known by the same distinctive name. In the beginning, the company was run under the name of John Longstaff who was based in Armley, Leeds.

As the business grew, Longstaff relocated to Pudsey, Leeds in the 1960s. By the early 1970s there were two members of staff working for the company who are still an integral part of the team today. 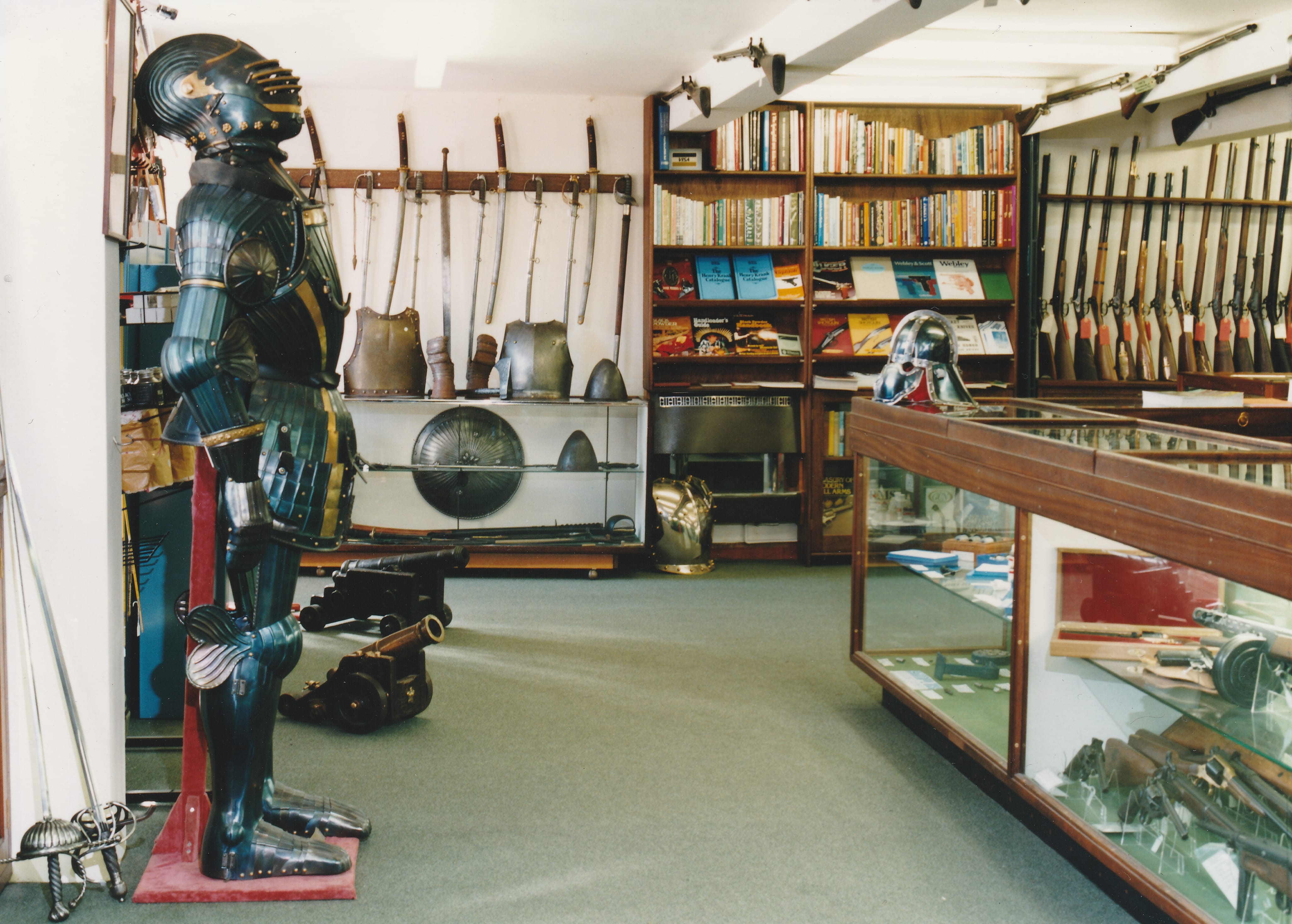 November 1995 saw the acquisition of the building next door increasing the sales floor by over fifty percent.

The memorable name of Henry Krank came into existence as a by-product of a search through the telephone book one day; proof that you know a good thing when you see it.

Zoran Nikacevic took ownership of the company in 1985. An avid shooter from a young age, Zoran started out by running a gun repair and firearms business in the Bradford area. Also a keen collector of antiques, he remembers purchasing his first antique in the early 1960s – a pistol without a hammer that he had to make himself. This passion for antiques has never dissipated. Thanks to Zoran’s knowledge, Henry Krank is highly regarded for its incredible variety of antiques ranging from cannons and suits of armour to flintlock pistols and wheelock rifles.

Zoran is an active member of the UK Gun Trade Association, which represents the sporting, recreational and professional gun trade. Since 1998 he has sat on the Council as a board member, helping to promote and protect the industry.

In 2002 Henry Krank became the UK’s only importer of Prvi Partisan (PPU), reloading components and ammunition. Over time Henry Krank has become invaluable to the gun trade, offering unique products found nowhere else in the UK such as Pedersoli, Uberti, Pietta and Ardesa.

For many years, the company has operated as a family business, with Nikacevic’s two daughters joining the close-knit team. Working together, they have established Henry Krank as the country’s go-to specialists on muzzle loading, black powder, reloading, ammunition and modern guns.

The company’s online presence has grown to satisfy an ever-increasing demand from individual enthusiasts to gun clubs and trade. With a combined knowledge of the industry spanning several decades, the team at Henry Krank & Company delivers a wealth of information on everything for shooters and collectors.

Drop us an email at: sales@henrykrank.com

We welcome enquiries from the trade both in the UK and overseas. Please visit our Trade Enquiries page for more information.

If you would like further information about Henry Krank - including high-resolution downloadable images - please email us at: sales@henrykrank.com